Your child has been acting differently ever since she had that last sore throat. She/he  may be more hyperactive, moody and has developed repetitive face or body movements, such as blinking her/his eyes or shrugging shoulders or sucking her shirt or may be making repetitive noises. She/he may have become obsessed with repeating an activity, and may have become very particular about the way she does certain things. At school, teachers say that your child is not paying attention in class  and her handwriting has deteriorated. Your child may have developed PANDAS or PANS.

Background on PANDAS and PANS

In the early 1990s researchers at the National Institute of Mental Health (NIMH) in the US observed that a group of children developed a Tics disorder and/or Obsessive Compulsive Disorder following an infection from bacteria such as streptococcus, of a viral infection from influenza or measles amongst others. They named these cases PITANDS,  for Paediatric Infection-Triggered Autoimmune Neuropsychiatric Disorders.

To simplify their research, they chose to focus on those children who were triggered by streptococcus bacteria in ear, nose, throat and chest infections and they named the condition PANDAS. This stands for Paediatric Autoimmune Neuropsychiatric Disorder Associated with Streptococcus. More specifically Group A Beta-Haemolytic Streptococcus (GABHS). The body's immune defences attack the Streptococcus bacteria, who try to survive by hiding in body tissues and imitating the tissues, a process known as  "molecular mimicry". In some genetically predisposed children the immune cells are fooled and also attack closely related parts of the brain, in the basal ganglia. This causes a range of behavioural and emotional problems as the brain tissue is damaged and malfunctions. Later, the researchers realised that the medical world was ignoring the condition if it was not associated with an identifiable (GABHS) streptococcus infection. They then used the name PANS. (Paediatric Autoimmune Neuropsychiatric Syndrome) to include all cases of sudden onset or aggravation of symptoms caused by any infectious trigger, be it viral or bacterial. The range of symptoms is wide and varied. Some children may only have Tics, whereas others may only have OCD, and others may have both, or ADHD and disruptive behaviours or worse still may display psychosis. Typically children with PANDAS or PANS may display SOME or ALL  of the following behaviours.

Tics can be uncontrollable movements, such as eye-blinking or shoulder-shrugging, or automatic noises such as throat clearing, grunting or saying certain words repeatedly.

There is emerging evidence that Tourette syndrome may be caused by the same mechanism as PANDAS and PANS, and several studies suggest this. Although its quite conceivable that perhaps in some cases there may be a genetic disorder that affects the function of the same brain areas that are damaged in PANS and PANDAS.

The specific bacteria associated with PANDAS is known as Group A Beta-Haemolytic Streptococcus (GABHS). They are also the bacteria associated with rheumatic fever, a disease characterised by heart and joint inflammation that can occur after an untreated strep throat. A type of rheumatic fever with mostly neurological symptoms is Sydenham's chorea (also known as St. Vitus Dance). Symptoms of Sydenham chorea may occur several weeks to months after the infection and may include poor or diminished muscle control and tone, poor coordination and awkward movements of the face, body, arms and legs. Another Strep. infection is scarlet fever. 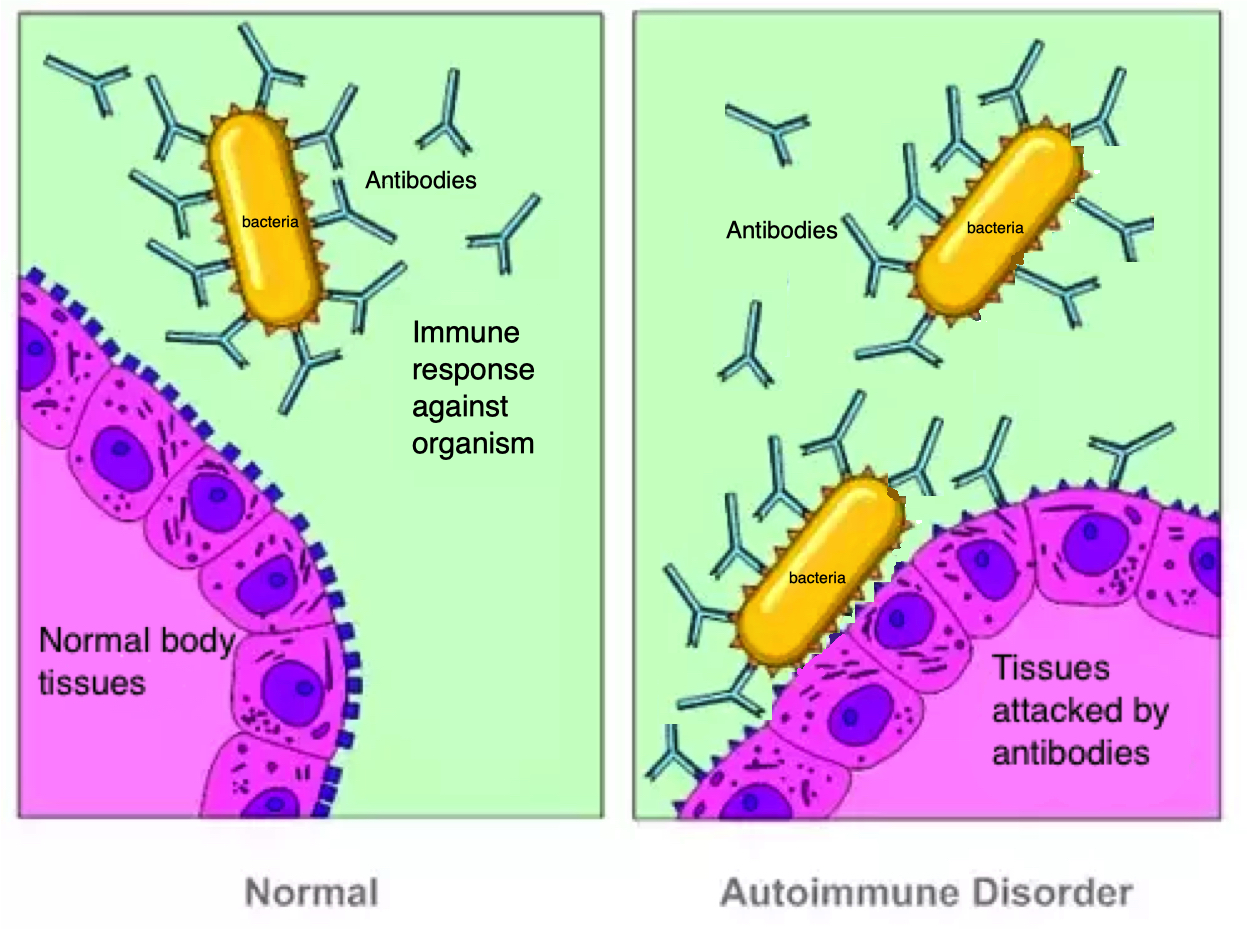 Children may also have changes in their behaviours. Generally, after several weeks, all or most of the symptoms go away. However, they may return if the child develops another infection (detected or undetected). However, in a number of cases recent outbreaks of rheumatic fever, signs of a recent sore throat were absent or minimal. To prevent relapses, some doctors may treat patients with a history of rheumatic fever (including Sydenham chorea) with a daily dose of antibiotics as a preventative measure against future infections.

Typically, a child with undiagnosed PANDAS or PANS may be taken to the Psychologist and/or Paediatrician for treatment of an onset or exacerbation of ADHD symptoms, oppositional behaviours or OCD. Stimulant or anti-depressant medication may be prescribed and/or a behavioural intervention or counselling initiated. As the infection passes and the strep antibodies reduce, the symptoms gradually subside and parents and clinicians believe that the intervention was successful. However, when there is another strep infection, the symptoms return and the process is repeated. The problem is that brain tissues are being repeatedly damaged by antibodies; and after each attack the recovery of damaged brain tissues may not be as complete as we would hope. Eventually the child may develop a chronic behavioural disorder and may be labelled with a psychiatric disorder and medicated, often with little benefits.

Research at the National Institute of Mental Health (NIMH) to find out whether the select few are genetically predisposed, or perhaps were exposed to a special strain of Strep. But for now, until we can determine the exact cause and catch it before it acts, have your child properly treated. When a sore throat recurs and is associated with behavioural symptoms, seek medical attention from a doctor experienced in PANDAS or PANS. If your child does have GABHS strep throat, as determined by a throat culture or Streptococcus Serology, the symptoms of rheumatic fever could be prevented if a course of antibiotics is taken within nine days of the onset of the infection. We believe that it is important to put the child on specific nutrient supplements to repair of brain structures damaged by the antibodies, and appropriate probiotics (beneficial bacteria) to replace the ones that antibiotics kill in the gut.

What to look out for.

Watch for changes in the child's behaviours that are unexplained or out of character, such as mood changes, clinginess, hyperactivity, inattentiveness, obsessive thoughts, checking behaviours, repetitive noises or vocalisations, poor muscle control or coordination, ants in the pants movements or even new-onset of bed-wetting. At this time, this constellation of symptoms is under research investigation and it is only sometimes recommended that children with behavioural symptoms receive long-term treatment with antibiotics. This is a judgement call by the treating medical professional based on risk assessment.

PANDAS and PANS treatment at the Behavioural Neurotherapy Clinic

When PANDAS or PANS is suspected due to the diagnostic criteria being met, Dr Nastasi at the clinic may prescribe a short period on specific antibiotics (every time an episode of infection is confirmed) concurrent with and followed by ongoing nutrient supplementation prescribed by Dr Duff to promote optimum brain cell plasma membranes and brain tissues. This may help brain tissue recovery and protect against the development of serious chronic psychiatric disorders. Based on evidence that there is a recovery period (as the antibodies reduce to normal) after the infection is over, we hypothesise that helping the brain recover with nutrients may reduce vulnerability to further damage by the antibodies. This is a commonsense approach to a medical problem with no proven medical solutions as yet.

The case studies that we have gathered to-date at the clinic are encouraging. Results of this approach show significant changes towards normal in QEEG brainmapping and improvement in behaviours. Dr. Jacques Duff presented this data at the International Society for Neuronal Regulation Scientific Seminar in Sydney (Sept. 2004; Jacques Duff and Dr. Joe Nastasi)

Is there a test for PANDAS and PANS?

Clinicians use diagnostic criteria for the diagnosis of PANDAS or PANS (see below). At the present time the clinical features of the illness are the only means of determining whether or not a child might have PANDAS or PANS. A streptococcus serology, (ASOT and anti DNAseB) or throat swab may help confirm a recent GABHS infection. If positive, the tests help confirm the involvement of Streptococcus and a diagnosis of PANDAS. There are at this time no test for PANS. The Cunningham protocol (a test for various antibodies) can be used to support a diagnosis of PANS, but does not of itself diagnose PANS.

What are the diagnostic criteria for PANDAS and PANS?

During both the initial onset and subsequent recurrences, symptoms “explode” in severity overnight, reaching maximal impairment in 24 to 48 hours. Between episodes, symptoms usually decrease significantly and occasionally resolve completely. The following figure illustrates this episodic course:

PANDAS or PANS are diagnosed if there is an episodic history of the following symptoms associated with infections.

What is an episodic course of symptoms?

Children with PANDAS or PANS seem to have dramatic ups and downs in their OCD and/or tics severity. Tics or OCD which are almost always present at a relatively consistent level do not represent an episodic course. Many children with OCD or tics have good days and bad days, or even good weeks and bad weeks. However, patients with PANDAS or PANS have a very sudden onset or worsening of their symptoms, followed by a slow, gradual improvement. If they get another infection, their symptoms suddenly worsen again. The increased symptom severity usually persists for at least several weeks, but may last for several months or longer. The tics or OCD then seem to gradually fade away, and the children often enjoy a few weeks or several months without problems. When they have another infection, the tics or OCD or associated behaviours return just as suddenly and dramatically as they did previously.

What does an elevated Anti-streptococcal antibody titer mean?

An elevated anti-streptococcal titer (such as an ASOT or an AntiDNAse-B) means the child has had a strep. infection sometime within the past few months, and his body created antibodies to fight the streptococcus bacteria. This is  a normal, healthy response and all healthy people create antibodies to fight infections. The antibodies stay in the body for some time after the infection is gone, but the amount of time that the antibodies persist varies greatly between different individuals. Some children have "positive" antibody titers for many months after a single infection. This means that an elevated anti-streptococcal titer may have nothing to do with the present worsening symptoms, but instead indicates a long-since healed streptococcus infection. If an elevated Anti-streptococcal antibody titer correlates with episodes of sudden onset or exacerbation of symptoms, then it confirms the clinical diagnosis of PANDAS.

Could an adult or teenager have PANDAS or PANS?

By definition, PANDAS and PANS are paediatric disorders. It is possible that adolescents and adults may also have immune mediated OCD or tics disorder. Although the research studies at the NIMH are restricted to PANDAS and PANS, there are a number of reported cases in the medical literature of adolescent and adult onset OCD and TICS with GABHS and even non-haemolytic streptococcus infections.

Will antibiotics treat PANDAS or PANS?

Some antibiotics kill streptococcus and other types of bacteria that may trigger PANS or PANDAS. However, the antibodies produced by the body in response to the streptococcus infection are the cause of the problem, not the bacteria themselves. Therefore one could not expect antibiotics such as penicillin to directly treat the symptoms of PANDAS or PANS.  The symptoms will reduce when the antibodies reduce and the tissues heal. This healing process requires that the child has adequate levels of nutrients to repair brain  tissues. If PANS is caused by a bacteria, antibiotics may help, however if its caused by a virus antibiotics will be ineffective.

The important message is to stop the organism, thereby reducing the levels of antibodies and  repair the damaged brain tissues with targeted nutrients to increase the immune and behavioural hardiness of the child. While this approach makes a lot of common sense, it has not been proven in rigorous scientific studies.