Symptoms of IBS are common

Most children with ASD have Irritable Bowl Syndrome (IBS). It is a common gastrointestinal condition affecting up to 40% of the adult population (5-20% of men and 15-25% of women). The classic gastrointestinal symptoms of IBS are chronic or recurrent abdominal pain or discomfort associated changes in bowel habits (diarrhoea and/or constipation).

Recurrent abdominal pain, on average, at least 1 day/week in the last 3 months, associated with two or more of the following :

The three main subtypes of IBS are described in the table below: 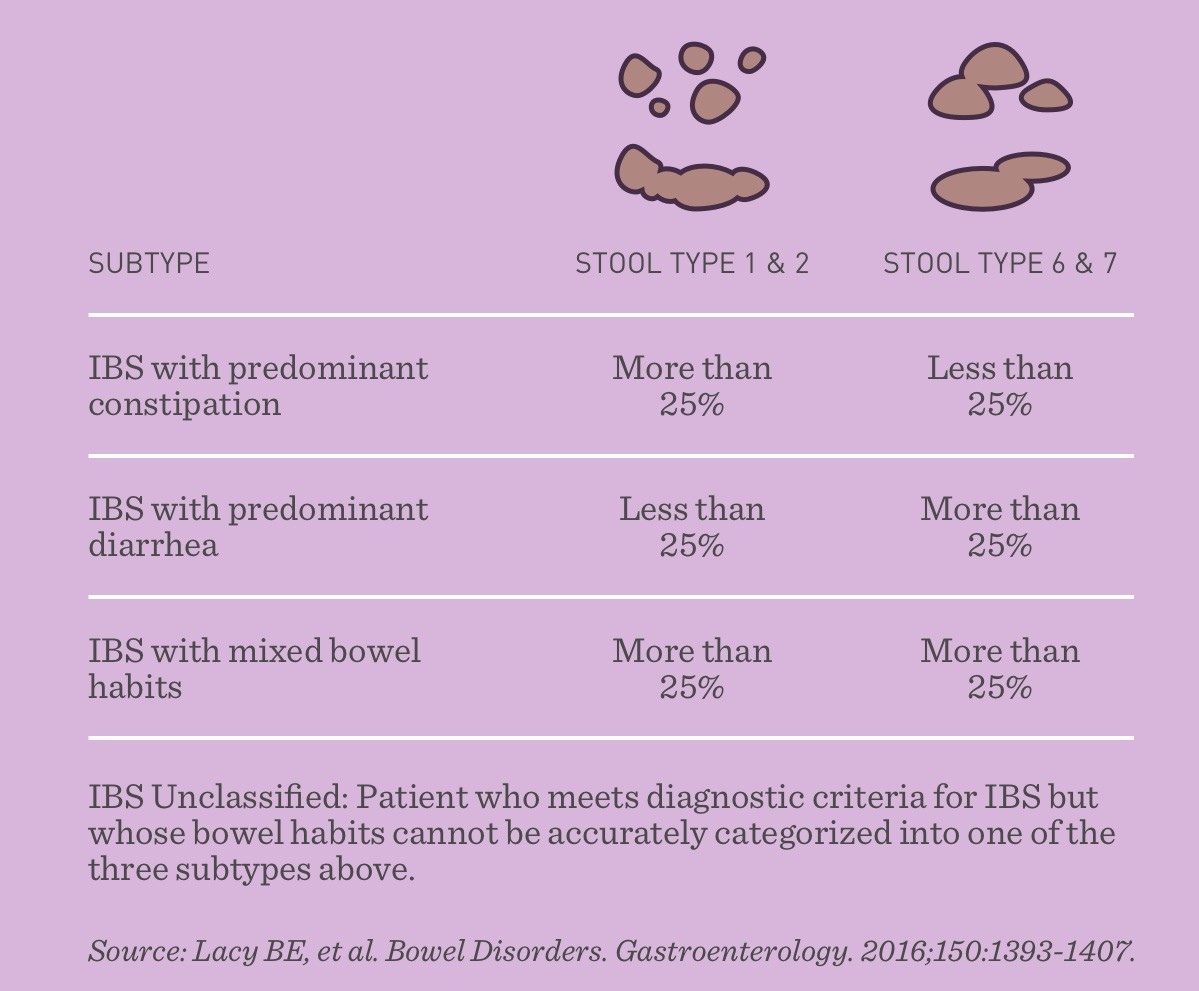 Symptoms that cumulatively support the diagnosis of IBS:

The Four Categories of IBS

The Rome IV criteria, the de facto standard for diagnosing IBS, makes the distinction that IBS can be subdivided into two major categories, In our experience, after having looked at hundreds of faecal microbiology profiles, each is associated with a different profile of intestinal bacteria balance. The profiles can only be identified by a Faecal Microbiology Analysis from Bioscreen Medical. To our Knowledge this Laboratory is the only commercial lab that refrigerates the faecal sample and transports it in an anaerobic (oxygen free) chamber prior to culturing  analysis. They have also developed unique techniques for growing and counting and identifying the main species of both Aerobic and Anaerobic gut bacteria that are normally resident in the human gut (comensal bacteria).

This category includes people with some IBS symptom, who do not fit into any of the first three categories.

According to UNC Centre for Functional GI & Motility Disorders: National Survey of the Effects of Changes in Female Sex Hormones on Irritable Bowel Symptoms the following findings were made.

Sexual or physical abuse as a risk factor in IBS.

Among women in a referral-based gastroenterology clinic: