The current scientific view is that Autism Spectrum Disorders result from an interaction between genetic vulnerabilities and environmental factors. Nutrient deficiencies in the "Western style diet" and environmental toxins seem to be the culprits in this epidemic which the World Health Organisation calls a "slow motion catastrophe and an impending disaster".

Nutrigenomics, the branch of science concerned with the interaction between our genetic code and nutrients teaches us that genes and nutrients interact to enable a fertilised egg to multiply and differentiate to form multiple cell systems that enable a human being to develop and grow in the womb. This process also maintains optimum function and health throughout the lifespan.

When a child with a genetic susceptibility and low nutrient levels in cell membranes is exposed to one or more environmental insults (heavy metals, viruses, bacteria or environmental toxins), cells can malfunction resulting in abnormal behaviours. This can happen “in utero” (during pregnancy) or after birth (post-partum). Eventually these dysfunctional interactions can affect body systems, most obviously the gastrointestinal, endocrine, immune system and the central nervous system. The complexity of the thousands if not millions of possible interactions may well defy description. We can however, build a basic biomedical model of  the possible causes of autism, based on the published scientific evidence to-date. The following is an outline of some of the most common mechanisms that have been implicated in the aetiology of Autism Spectrum Disorder:

There is a multitude of genetic studies supporting the view that Autism has a genetic component, for example: A recent study has demonstrated a link between between autism and the Engrailed 2 (EN2) gene, which may contribute to up to 40% of autism cases in the general population. EN2 is involved in normal neural development. The study provides further genetic

evidence that EN2 might predispose to ASD, and the authors suggest that disruptions in the expression of EN2 gene could significantly alter normal brain development.

There is increasing evidence that people with autism spectrum disorders (ASDs) have abnormalities in the serotonergic system. For example, a functional polymorphism of the serotonin transporter gene promoter region has been reported to confer risk for ASDs, and to affect brain grey matter volume. The findings raise the possibility that the relationship between 5HTTLPR polymorphism and brain anatomy in ASDs anatomy may differ as a function of age and/or ASD diagnosis.

Recent research at the Simons foundation examined the genomes of parents and siblings of thousands of children with ASD. Their findings suggests that Autism is associated with de-novo (new) mutations as well as inherited mutations, and that both increase the vulnerability of children to environmental insults and poor nutrient levels, leading to ASD.

Whilst there are genes that predispose to Autism, and we know that there is a genetic component to Autism, genetics alone cannot explain the recent rise in Autism in industrialised nations. This leaves nutrients and toxins interacting with these genetic weaknesses as the most likely candidates as causal factors for Autism. Weber and Newmark (2007) reviewed the Complementary and alternative medical therapies for attention-deficit/hyperactivity disorder and autism, and published their findings in the journal Pediatric Clinics of  North America. 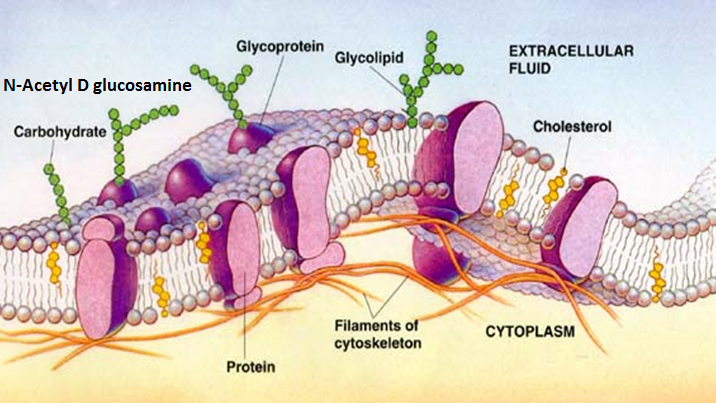 The bilipid layer that protects each cell in the body can become impaired, leaving the cells vulnerable. There is much support in animal and human studies that a reduced intake in Omega 3 fatty acids results in impaired cell membranes and Neurodevelopmental disorders. Fatty acid deficiencies or imbalances may contribute to childhood neurodevelopmental disorders. Dr. Jacques Duff at the clinic in conjunction with researchers from South Australia University published the world largest study of its kind examining the essential fatty acids of children with ADHD and Autism compared to typically developing controls. The findings clearly illustrate that low levels of the Omega 3 fatty acid (DHA) is implicated in both disorders.

At the clinic we test the levels of Red blood cell Essential fatty acids to recommend the appropriate level of Omega 3, from fish oils, in conjunction with the other key nutrients that are needed as co-factors, along with dietary changes to eliminate toxins commonly found in the diet. This approach is more effective at repairing cell membranes and optimising the potential for recovery from Autism.

Deficiencies in Key Nutrients in our modern diet

Nutrients such as Zinc, Iron, Selenium, Vit B12, Vit B6,  Vit D, Omega 3 and Folate, affect neural development and result in weaknesses in cellular membranes and internal processes of cells. These weaknesses predispose to the often devastating effect of environmental antigens and toxins. Nutrient supplementation has been used in a number of studies with success to improve brain function and behaviours of children with Autism. Here are links to a few of the many studies to highlight these facts. The first study below was conducted in our clinic by Dr. Jacques Duff in collaboration with researchers from  South Australia University.

Panksepp in 1979 proposed an “opioid excess” theory of autism. Other researchers have found opioid peptides (“exorphins,” derived from partially-digested food proteins) in the urine of autistic individuals. Molecules this size do not normally cross the gut mucosa. Reichelt and colleagues working in Norway reported significantly higher levels of exorphins in urine from 315 autistic children from eight different countries compared to 143 normal children. The mean levels were almost twice as high in the children with autism. Reichelt et al recently updated the opioid excess theory of autism.They found that "exorphin opioids" derived from casein (dairy protein) and gluten (from grains) crossed the blood-brain-barrier and caused “social indifference”symptoms in experimental animals, as well as inability to differentiate essential from nonessential stimuli. They found a peptide in urine from autistic children that increased platelet content of serotonin, which is also a common finding in autism. Altered serotonin availability has been linked to “insistence on sameness,” reminiscent of the stereotypical behaviours observed in ASD. They attempted to rationalize all the other characteristics of autism according to this model, suggesting that autism is based in a genetic polymorphism error of peptide digestion, perhaps of the enzyme diaminopeptidase IV (DPPIV), and that the brain stimulant activity of the exorphins can explain most, if not all, autism symptomatology. Although further clinical research is needed to establish the relative correctness of this hypothesis, many parents of children with Autism report significant improvements on a Dairy and Gluten free diet.

Sadly, the sugar and refined carbohydrates from our western style diet of highly processed foods are converted to fructose and rapidly converted to Lactate by fermicutes (lactic acid producing bacteria). Lactic acid in the gut promotes the overgrowth of Streptococcus bacteria, which in turn produces an enzyme Streptococcal Kinase which binds and deactivates DPPIV enzymes. This results in massively increased production of exorphins which alter brain function affecting concentration and socialisation, as observed in laboratory animals.

The delicate balance between beneficial and detrimental bacteria in the gut can be upset by antibiotics, food preservatives, toxic additives and environmental toxins, leading to a condition known as intestinal dysbiosis (a condition whereby gut bacteria species are abnormally distributed ). Opportunistic bacteria in the gastrointestinal tract may irritate a vulnerable gut wall resulting in Irritable Bowel Syndrome, leaky gut and food sensitivities. Recent research has uncovered pathology in the gastrointestinal tract of autistic children. The pathology, reported to extend from the esophagus to the colon, is described here along with other studies pointing to a connection between diet and the severity of symptoms expressed in autism. The evidence that there is impaired intestinal permeability in autism is reviewed, and various theories are discussed by which a leaky gut could develop. Lastly, some possible ways in which impaired gastrointestinal function might influence brain function are discussed.
White, J. F. (2003). "Intestinal pathophysiology in autism." Exp Biol Med (Maywood) 228(6): 639-49.

Some bacteria produce trace amines. When these bacteria are overgrown, they can produce large amounts of amines. A recent discovery in Neuroscience is that there are receptor sites in the same areas in the brain as neurotransmitter (messenger chemical) receptors, suggests that gut bacterial overgrowth affects brain function. This finding suggests that excess amines can result in a scrambling of brain signals and affect learning, attention and mood. In a developing brain this can have serious implications in affecting development.
Borowsky, B., N. Adham, et al. (2001). "Trace amines: identification of a family of mammalian G protein-coupled receptors." Proc Natl Acad Sci U S A 98(16): 8966-71.

Other bacteria produce lipopolysaccharides that can cause a miriad of disruptive effects in the brain, affecting, memory, learning, attention and mood. They are highly inflammatory. Normally lipopolysaccharides cannot cross the gut lining unless there is a leaky gut (increased intestinal permeability) in which case they can enter the blood stream and get carried to the brain.
Lee, J. W., Y. K. Lee, et al. (2008). "Neuro-inflammation induced by lipopolysaccharide causes cognitive impairment through enhancement of beta-amyloid generation." J Neuroinflammation 5: 37.

Research over the last 20 years has suggested a relationship between maternal diet and the birth of an affected infant, and recent evidence has confirmed that folic acid, a water soluble vitamin, found in many fruits (particularly oranges, berries and bananas), leafy green vegetables, cereals and legumes, may prevent the majority of neural tube defects.

Normal brain development and function depend on the active transport of folates across the blood-brain barrier. A study reported on the clinical and metabolic findings among five children with normal neurodevelopmental progress during the first four to six months followed by the acquisition of marked irritability, decelerating head growth, psychomotor retardation, cerebellar ataxia, dyskinesias, pyramidal signs in the lower limbs and occasional seizures. After the age of six years the two oldest patients also manifested a central visual disorder. Known disorders had been ruled out by extensive investigations. Despite normal folate levels in serum and red blood cells with normal homocysteine, analysis of Cerebro Spinal Fluid suggested disturbed transport of folates across the blood-brain barrier.
Oral treatment with folinic acid resulted in clinical amelioration.
Little, J., Epidemiology of neurodevelopmental disorders in children. Prostaglandins Leukot Essent Fatty Acids, 2000. 63(1-2): p. 11-20.

This study and others like it supports our contention that normal methylation is vitally important for the prevention and treatment of neurodevelopmental disorders including Autism.

Why the diversity of behaviours in Autism

This model goes a long way to explaining why there is such diversity in Autistic behaviours. It also explains why some interventions work for some children and not others, highlighting the need for conducting Biomedical testing as a basis for formulating hypotheses and to justify treatment approaches.

There is emerging evidence that Autism is a multifaceted Nutrigenomic disorder (interaction between genes and nutrients). Genetics alone cannot account for the rise in all modern diseases, including Autism, since 1060. According to the US Bureau of Statistics, the incidence of Autism has reached 1 in 33. However, while genetics have not changed, our diet and food chain has changed dramatically in that time and may be responsible for the observed increase in Autism Spectrum Disorder.

Nutritional deficiencies interacting with pre-existing genetic polymorphisms result in cellular structures and internal cellular apparatus that are less than optimum. When these cells are later exposed to toxic chemicals, heavy metals and antigens such as bacteria and viruses they can be easily damaged and consequently fail to perform their normal functions.

These cells are distributed throughout the body's systems, such as: Immune System, Central Nervous System, Gastrointestinal system, Neuroendocrine and musculoskeletal systems and others. Consequently Autism has been described as a multi-systemic disorder.

To find out about the tests used at the clinic to explore evidence in support of proposed causes of Autism
click here to proceed to Biomedical assessment of Autism.