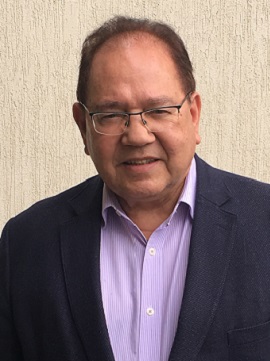 Dr. Jacques Duff is the founder and Clinical Director of the Clinic. From 1997 to 2010 he was involved in Clinical Neuroscience research at the Brain Sciences Institute, investigating "The Brain Electrical Activity of Boys with ADHD and its treatment using Neurotherapy".

Dr Jacques started his working career in Telecommunications in England in 1962. He came to Australia in 1967 and worked for what is now Telstra, as a Senior Telecommunications Technical officer. He left Telstra in 1980 to Study Psychology part time at Swinburne  and finished his postgraduate degree in Psychology in 1999. He started his PhD in Clinical Neuroscience in 1997; at the same time he started the Behavioural Neurotherapy Clinic and studied nutrition.He completed his PhD in 2010.

Membership of the following professional Societies.

Experience over and above usual psychological practice

In addition to his psychological practice, Dr Duff has analysed thousands of Quantitative EEG (QEEG) assessments to aid in the differential diagnosis of children with ADHD, ASD and Learning Difficulties and for adults with Traumatic Brain Injuries, PTSD, Psychiatric disorders, Depression and Anxiety. The recordings were carried out by trained QEEG technicians.

He developed the Clinic’s two-day "Intensive Behaviour Intervention Course" based on Pivotal Response Treatment to train Psychologists, therapists and parents to deliver Intensive Early Behavioural Intervention for children with Autism Spectrum Disorder. He has also developed on-line courses to teach parents and teachers to manage challenging behaviours at home and in the classroom.

He designed Smart-ehealth and employed software developers to write the software. The purpose of this clinic management and research tool is to collect clinical data in a database and mine this data for research into effectiveness studies of interventions.

Since 1997, in addition to annual APS Psychology Conferences, he has attended several symposiums of the following international scientific societies in Australia and overseas.

He has presented the following at local and international professional and public seminars and symposiums.

1999      Swinburne Uni. - Arousal and activation in the attentional system

2000      RMIT Uni: The usefulness of QEEG and Neurotherapy in assessing and treating ADHD

2001      Swinburne Uni. Ritalin and ADHD: What we learn from DAT-KO mice, stimulant medication and Serotonin

2001      Swinburne Uni. - The Neurobiology of ADHD: Neuronal self-regulation in the  attentional system.

2002      International Mind of a Child conference – Sydney – Usefulness of QEEG in the differential diagnosis of ADHD.

2002      International Mind of a Child conference– Sydney – Neurotherapy in the treatment of ADHD.

2002      Mayne Health – Perth -Omega 3 fatty acids and micronutrients in the treatment of ADHD and developmental disorders.

2002      ISNR Melbourne – A neuronal model that may underpin psychiatric disorders.

2002      Bendigo – ABI, Behavioural strategies, Metacognition and Neurotherapy in the treatment of ADHD and Autism spectrum disorders.

2004      Understanding and treating ADHD and other childhood mood and behavioural disorders:A multidisciplinary perspective

(2) The usefulness of QEEG and Neurotherapy in the diagnosis and treatment of Post-concussion Syndrome.

2006      ISNR Sydney: Neurotherapy in the treatment of ADHD

2007      MINDD Sydney: Neurotherapy, diet and nutrients in the treatment of ADHD.

2014      Skin and Cancer Foundation: Biological basis of Eczema and Psoriasis and Nutritional underpinnings.

Over the years I have conducted over twenty half-day weekend workshops around Australia for Bioconcepts, a nutritional company based in Queensland, attendees were psychologists,   nutritionists and naturopaths.